We address you as an individual, offering kindness, compassion and a steadfast treatment plan suited to your specific needs and personality.

Unlike other fertility clinics and fertility counsellors, we do not want your fertility journey to drag on. Instead, we liberate you from heartache, misfortune and disappointment.

We turn lack into luck.

We want your fertility journey to be stress-free, enjoyable and empowering so that you can have your happy, healthy baby as soon as possible.

THE SCIENCE BEHIND OUR HIGH FERTILITY SUCCESS RATES

Our fertility success rates are based on the science of epigenetics. Epigenetics proves your cells, genes, egg quality and sperm respond to how you think, feel, detoxify, regenerate, manage stress and restore your energy levels.

THE EXPERT SERVICES BEHIND OUR SUCCESS RATES

THE UNUSUAL REQUESTS ARE NEVER UNUSUAL TO US

One of the most common requests we receive is to help men and women to manifest their partners. Our partner manifestation programs and financial manifestation programs are the pre-curser to people enjoying our fertility course so they can then go down the route of having children with the love of their life. If this is you, please book a consultation with us to discuss your next steps. 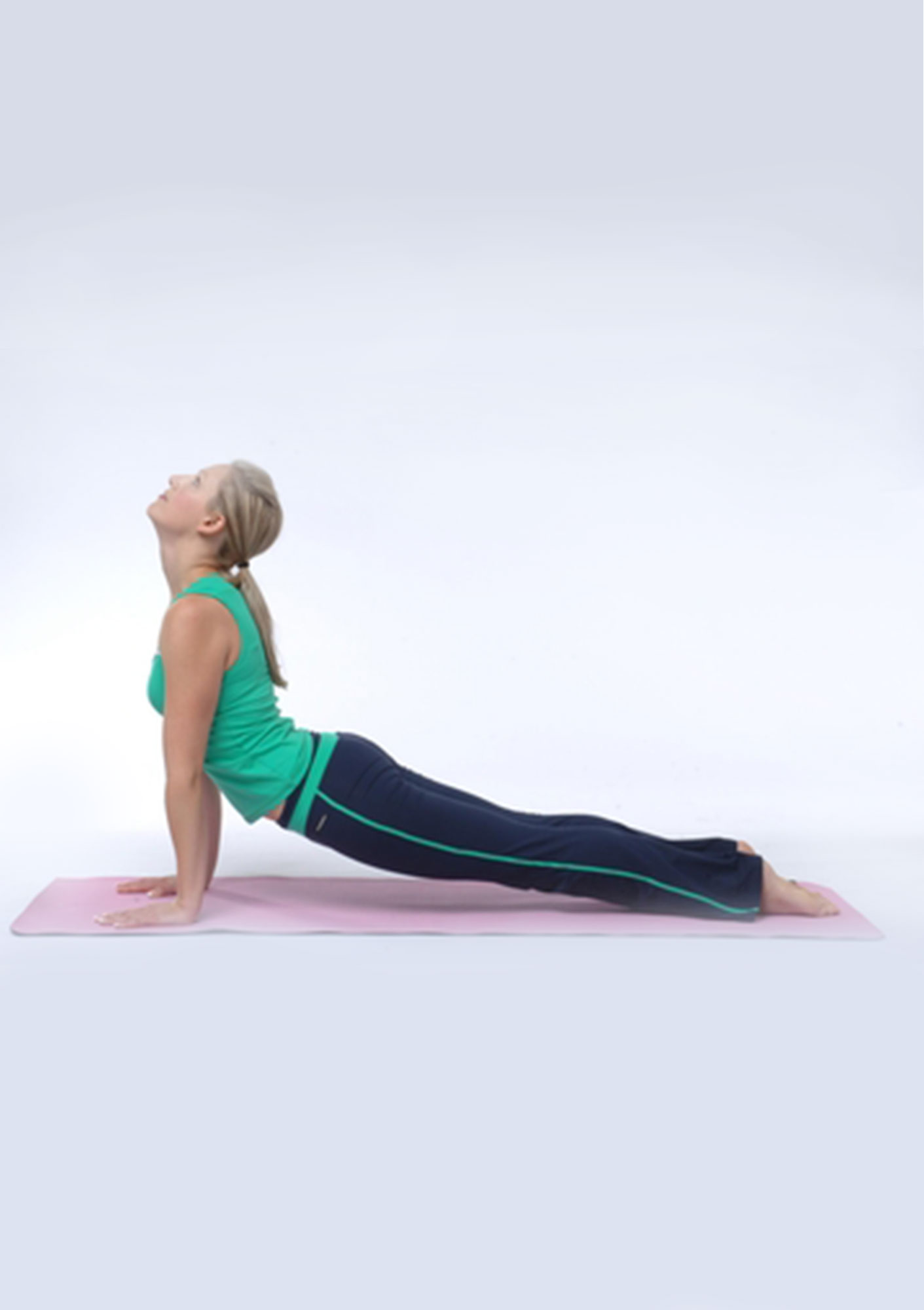 Hailed as the most enjoyable and effective style of yoga for fertility: QiYoga® for Fertility which is the backbone of Awakening Fertility.

Our founder Fiona Boulton created her own style of Yoga by combining Qi Gong (Chi Kung) with Therapeutic Hatha Yoga and called it QiYoga®.

QiYoga® was given international recognition in 2006 and instantly became known as ‘the best yoga for fertility’.

The following year, in 2007, QiYoga® for Fertility launched and it has appeared in world famous publications including Huffington Post, Yoga Journal, Yoga Magazine, Time & Leisure, Nova, YOU Magazine, Emirates Woman and Women’s Health Magazine to name a few. 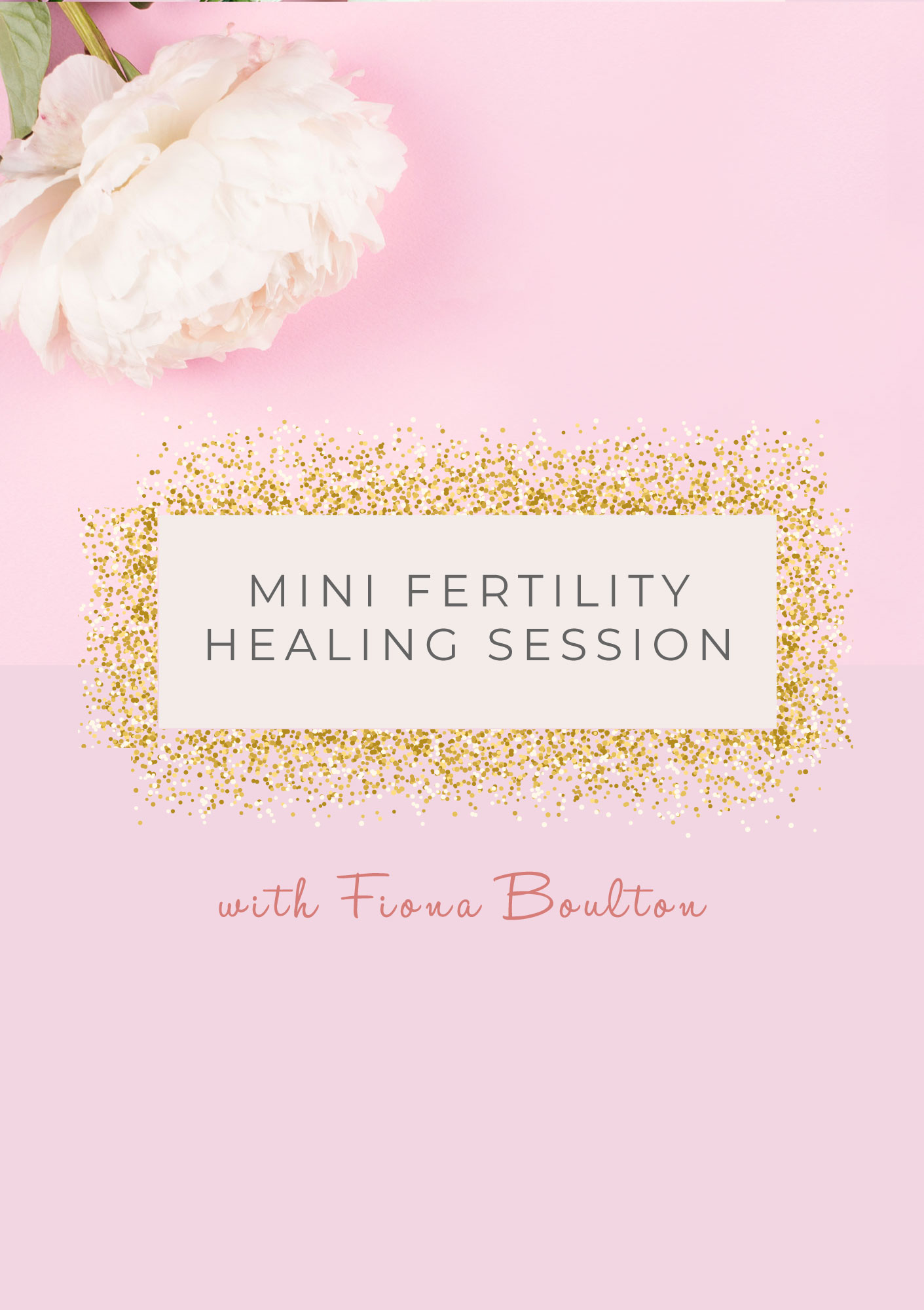 FERTILITY IS MORE THAN PHYSICAL

Fertility is about harmony. Your energy field (aura) houses numerous layers including your mental layer (thoughts), your emotional layer and your template layer.

It makes sense to heal all aspects of your body, mind and soul to achieve faster fertility success.

Fertility is a spiritual experience which is overlooked by many fertility experts and fertility clinics, yet the combination of spirit + science means our statistics are one of the highest worldwide.

Your personalised healing session with Fiona Boulton can be performed over the phone or online from the comfort of your home. 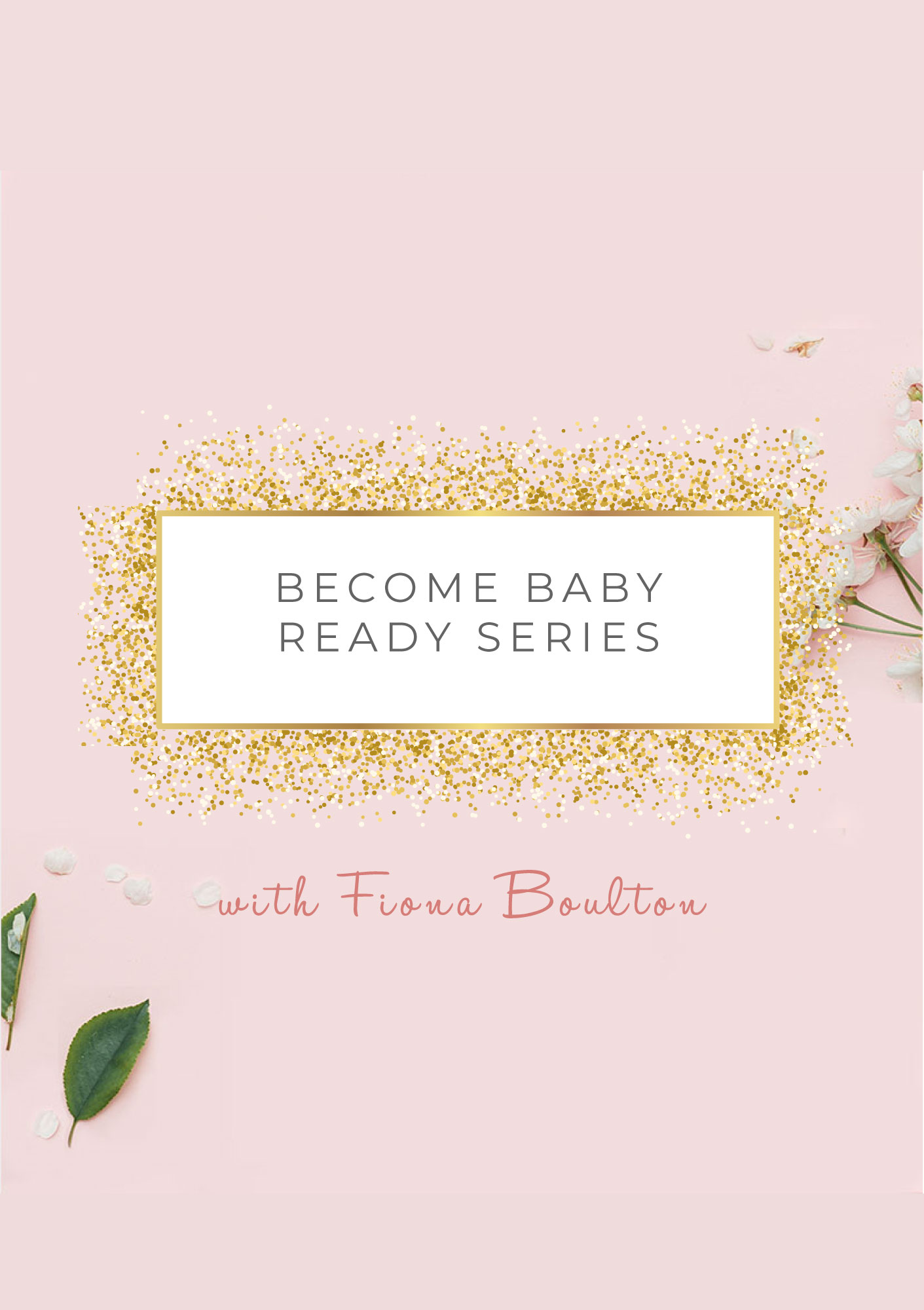 Baby on a Budget: Interactive Support

THE WORLD’S MOST POPULAR BREAKTHROUGH

Fiona Boulton hosts you through four of her most dynamic and transformational fertility breakthrough interactive series.

You will be guided with videos, worksheets and workbooks that you can keep and easily download across all your devices.

This complete set of four fertility breakthroughs can help you to prepare for pregnancy, become baby-ready by mastering your emotional guidance system and to master your mind with the Master Key scientifically proven strategies. 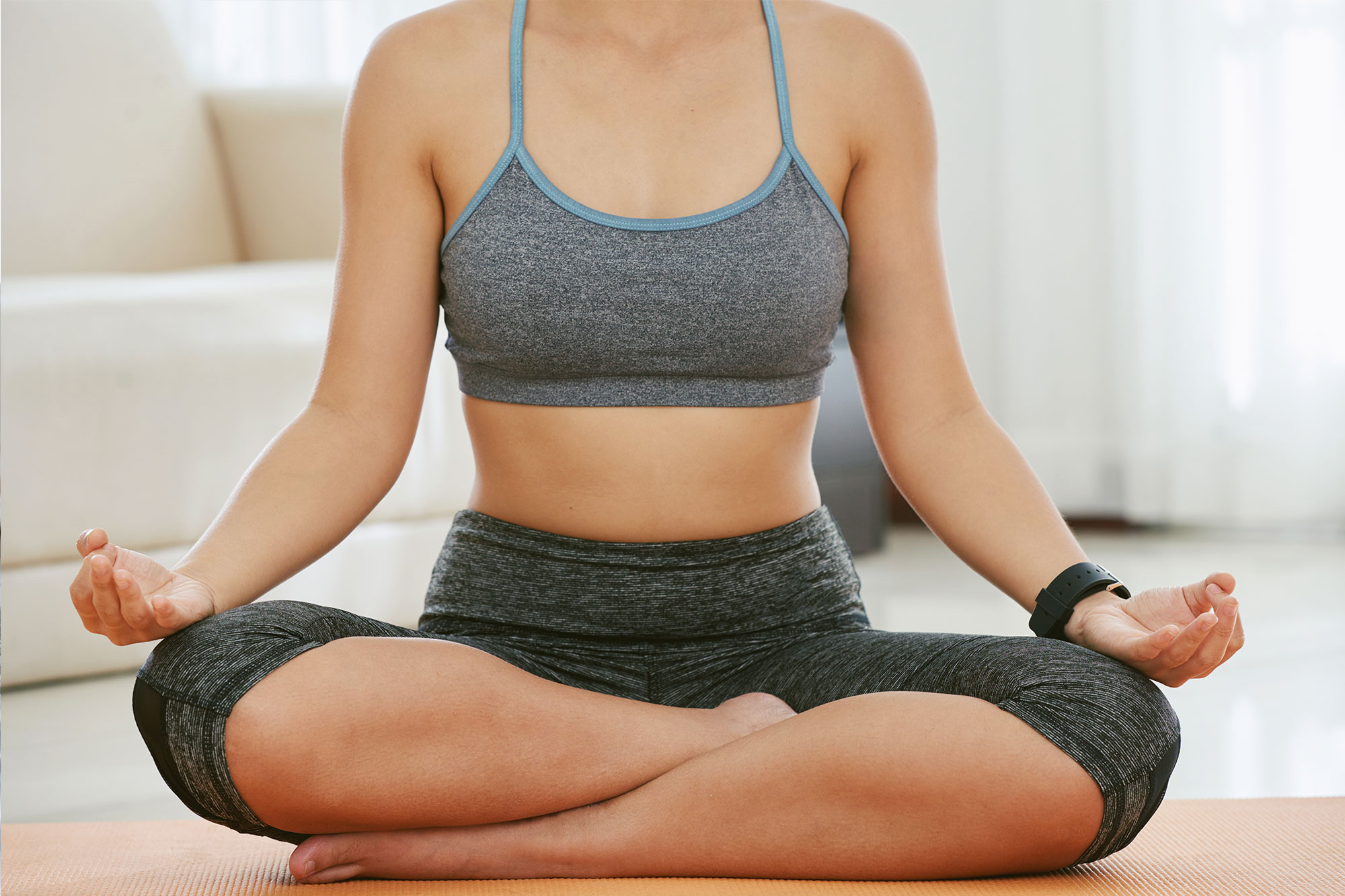 80% of all our clients who complete this course and enjoy some private sessions with Fiona to help them heal any physical, mental or emotional imbalances go on to have their happy healthy babies with effortless ease and grace. If you are in your 20’s, 30’s, 40’s or 50’s this course can help you, just like it has helped thousands of women and couples before you.

80% of all our clients who complete this course and enjoy some private sessions with Fiona to help them heal any physical, mental or emotional imbalances go on to have their happy healthy babies with effortless ease and grace. If you are in your 20’s, 30’s, 40’s or 50’s this course can help you, just like it has helped thousands of women and couples before you. 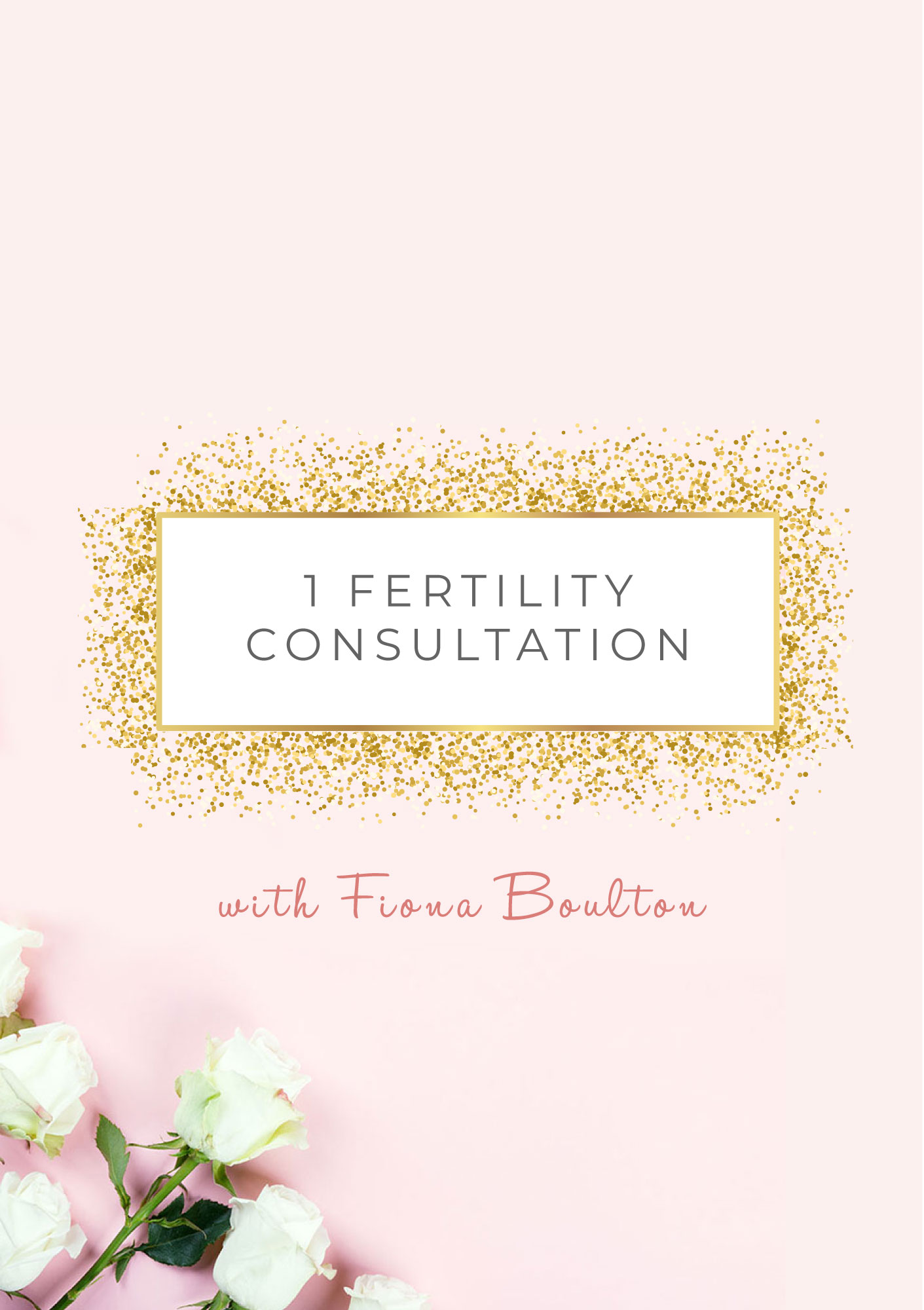 Single fertility consultations are for you if you want up to 60 minutes with fertility expert Fiona Boulton to address a single issue or you want to know if Awakening Fertility can genuinely help you to have your baby. 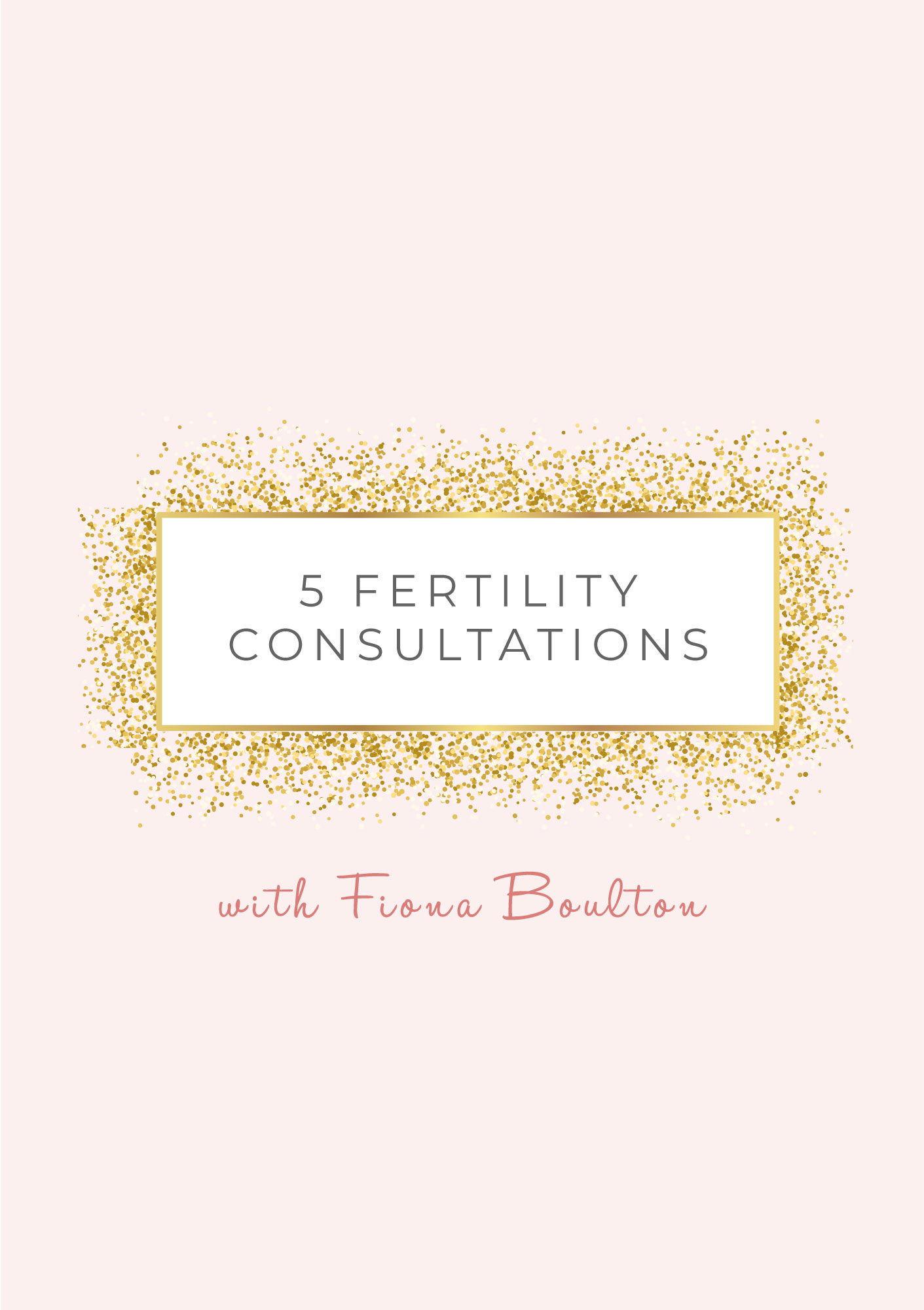 5 fertility consultations are ideal if you are doing the DIY Digital Fertile Lifestyle Course and need personalised support to overcome miscarriage, secondary-subfertility, PCOS, unexplained infertility or other issues.

Can help resolve a specific barrier or block to having your baby. Depending upon other barriers you may need more sessions. 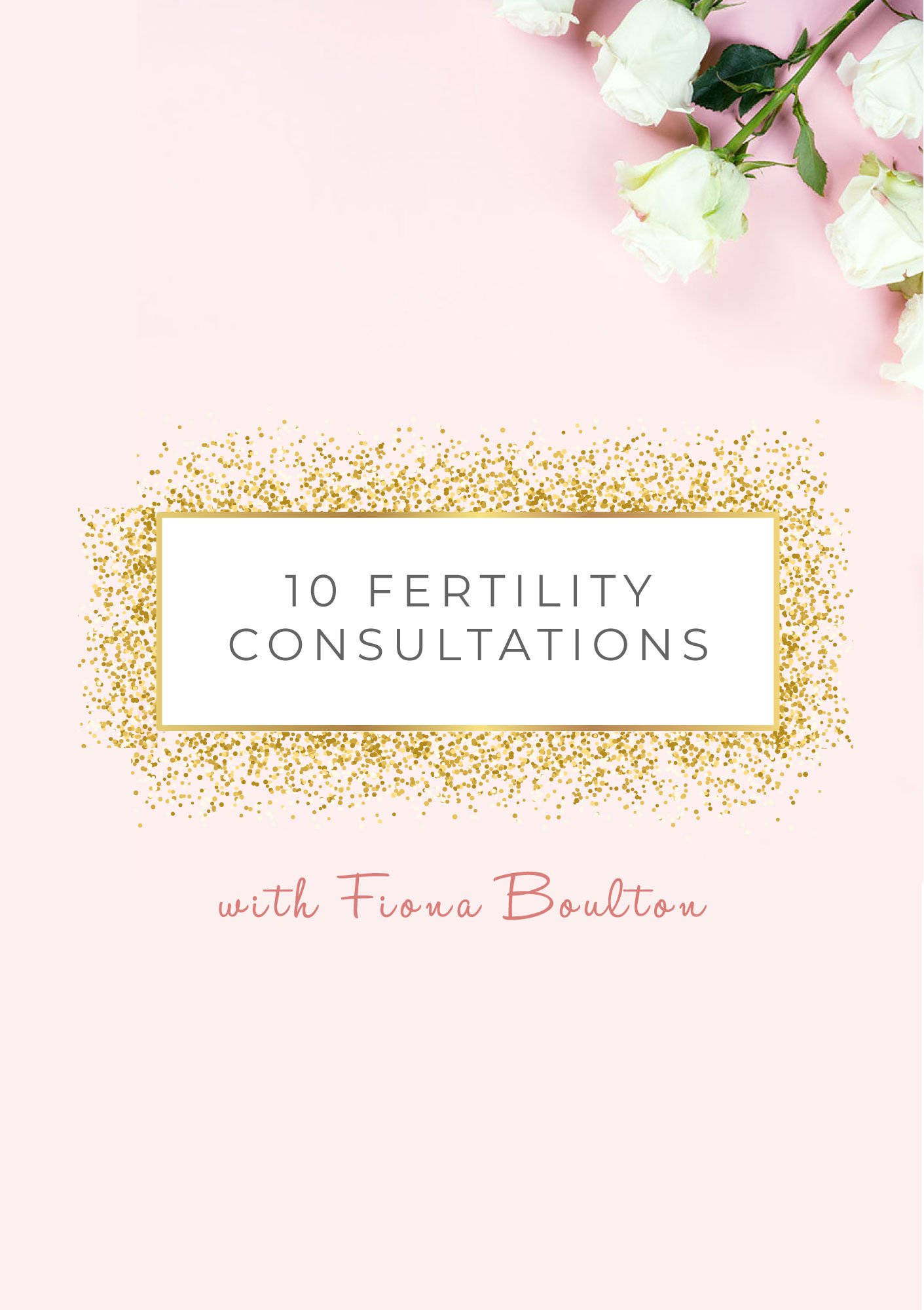 10 fertility consultations are the most economical way to enjoy personalised healing, meditations, guidance, support, counselling and coaching. It sees the highest success rates when combined with the DIY Digital Fertile Lifestyle Course.

Not required if you’re a VIP Fertile Lifestyle Course Member (which offers even better value).

Enjoy a 30 minute ‘top up’ of Qi Energy Healing with Fiona Boulton via the comfort of your home or office over the phone or internet. More powerful than Reiki, works on all chakras, layers, dimensions, timelines and ancestral lines needing clearing. First time? Choose a 90-minute session or course. 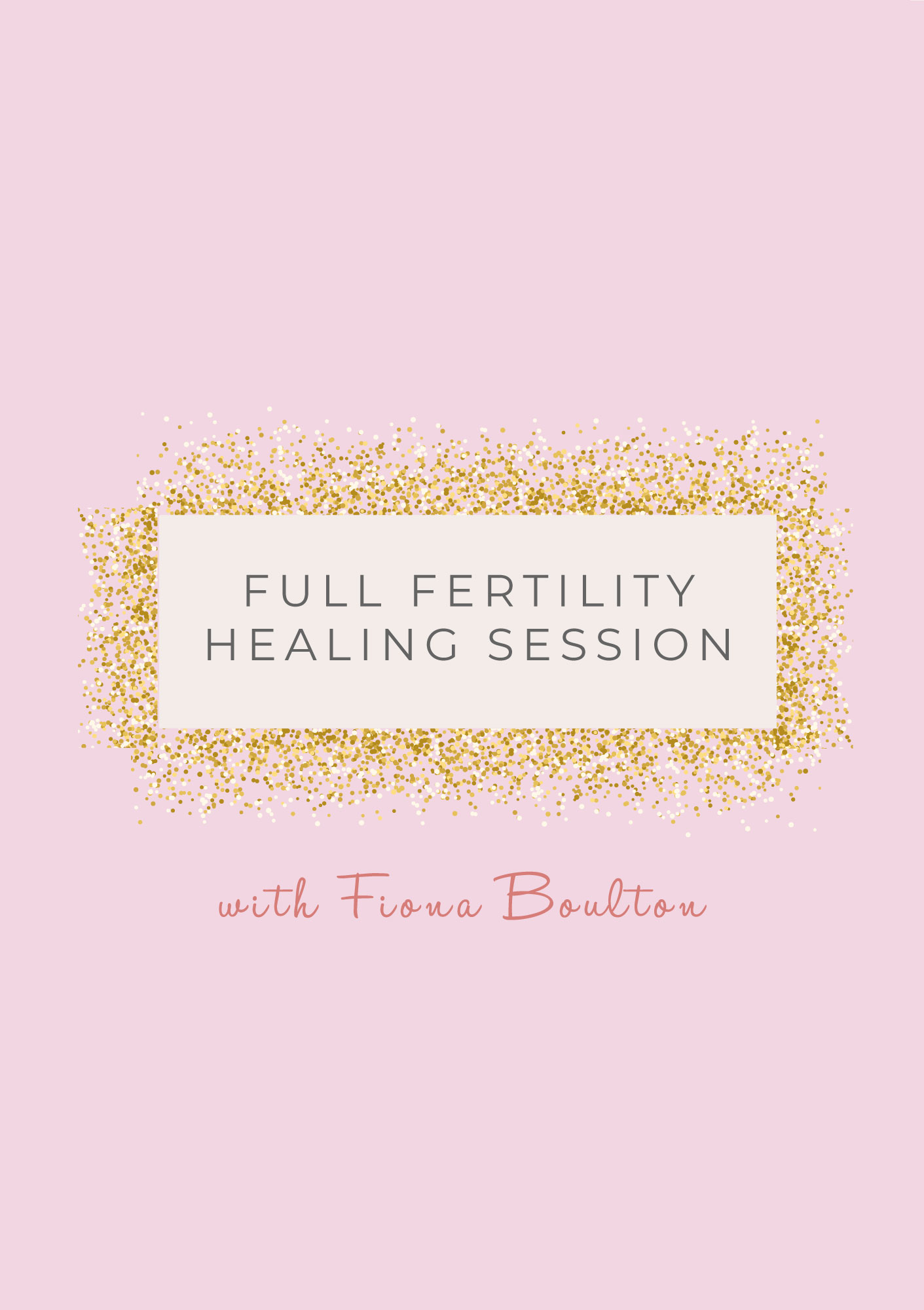 Enjoy 90 minutes of Qi Energy Healing with Fiona Boulton via the comfort of your home or office over the phone or internet. More powerful than Reiki, works on all chakras, layers, dimensions, timelines and ancestral lines needing clearing. Suitable for first timers and regulars who require longer sessions. 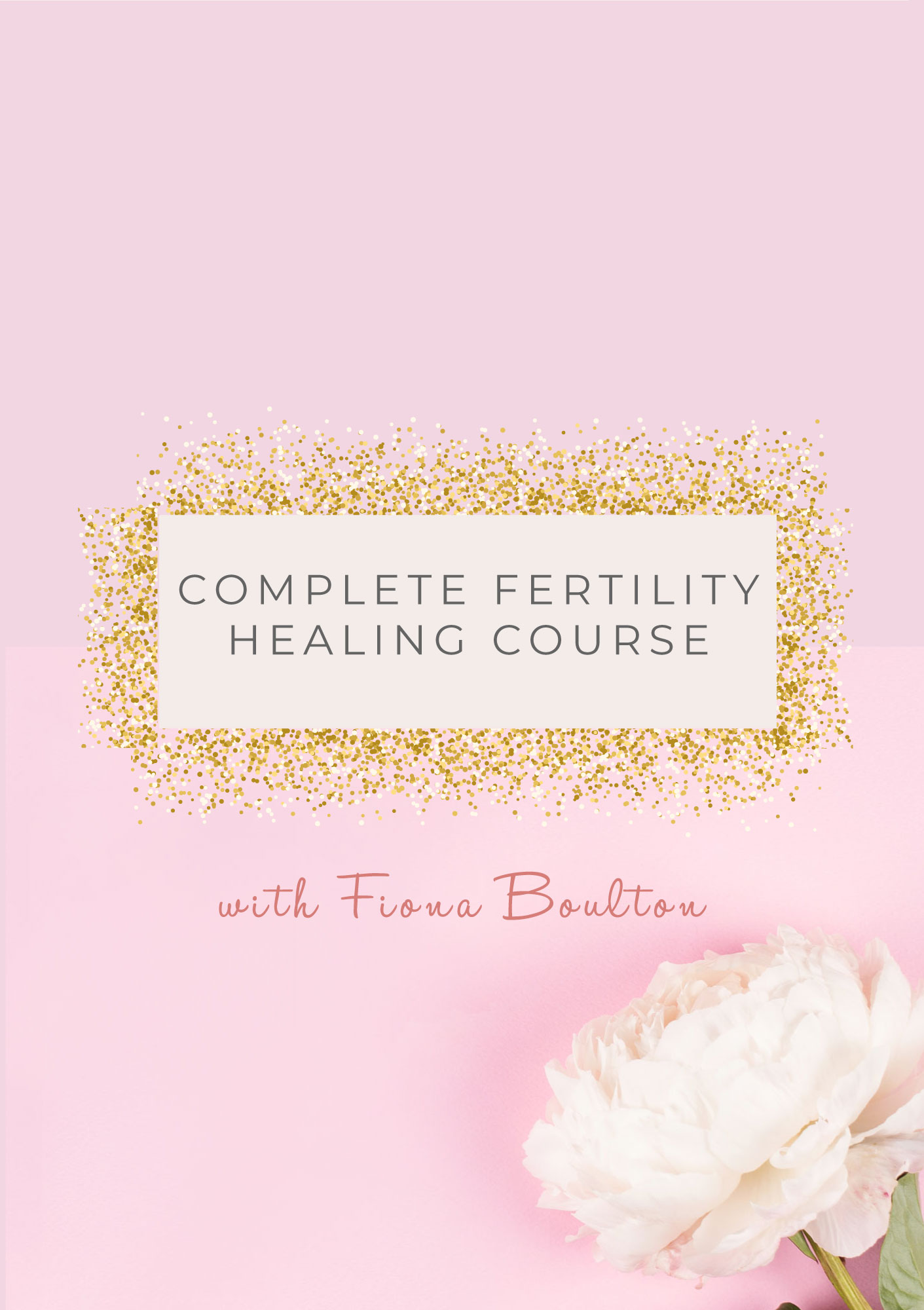 Enjoy 3x 60 minutes of Qi Energy Healing with Fiona Boulton. Ideal for first timers plus people familiar with healing. It is stronger than Reiki, which only works on 7 chakras and layers. This works on all chakras, layers, dimensions, timelines and ancestral lines or codings that need clearing. 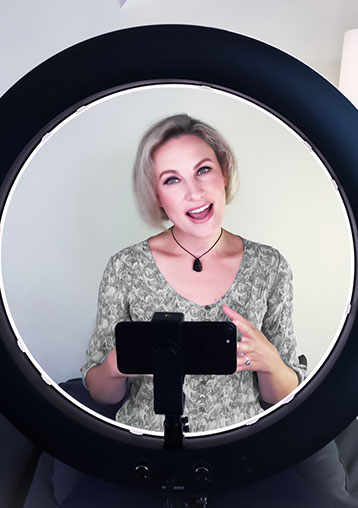 Enjoy a 30 minute fertility meditation created specifically for your needs with Fiona Boulton (international meditation teacher since 2003). Receive a 10 – 15 meditation or two shorter meditations remastered from the live recording. Suitable for all levels of meditators and all levels of healing experience. Read what to expect, here. 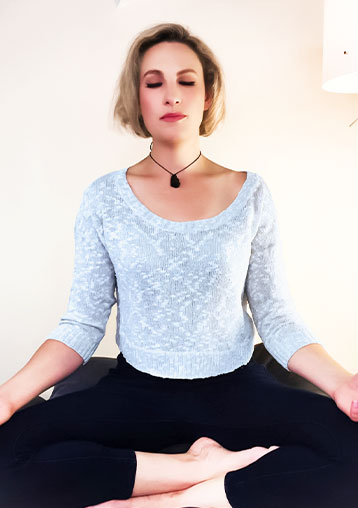 Enjoy a 60 minute fertility meditation created specifically for your needs with Fiona Boulton (international meditation teacher since 2003). Receive your live recording after it has been remastered with music, or 2 – 3 meditations if you prefer. Suitable for all levels of meditators and all levels of healing experience. Read what to expect, here.

Enjoy a full set of 3x 60 minutes of guided healing meditations tailored to your specific fertility. The meditations can be about anything blocking your fertility, they are remastered with music you like and the three sessions ensures you dissolve all blockages. Book now or read what to expect here.

This world-famous online fertile lifestyle course is a classic combination of spirit and science. Formulated using an epigenetic protocol to aid your fertility. Designed to increase your chances of faster fertility success, like thousands of women who succeeded before you. 80% of women who completed this course had their happy, healthy babies.

Enjoy 22 modules, over 150 meditations (so there are some to suit your specific needs, requirements and personality type), 25 hours of video coaching, fertility fit exercise classes, recipes, cook books, fertility journal, morning routine guidance, evening routine guidance, a fertility tracker, ways to deepen your intuition, strategies to understand the messages your body is telling and you have the ability to commune with your ancestors, guides, and future babies. 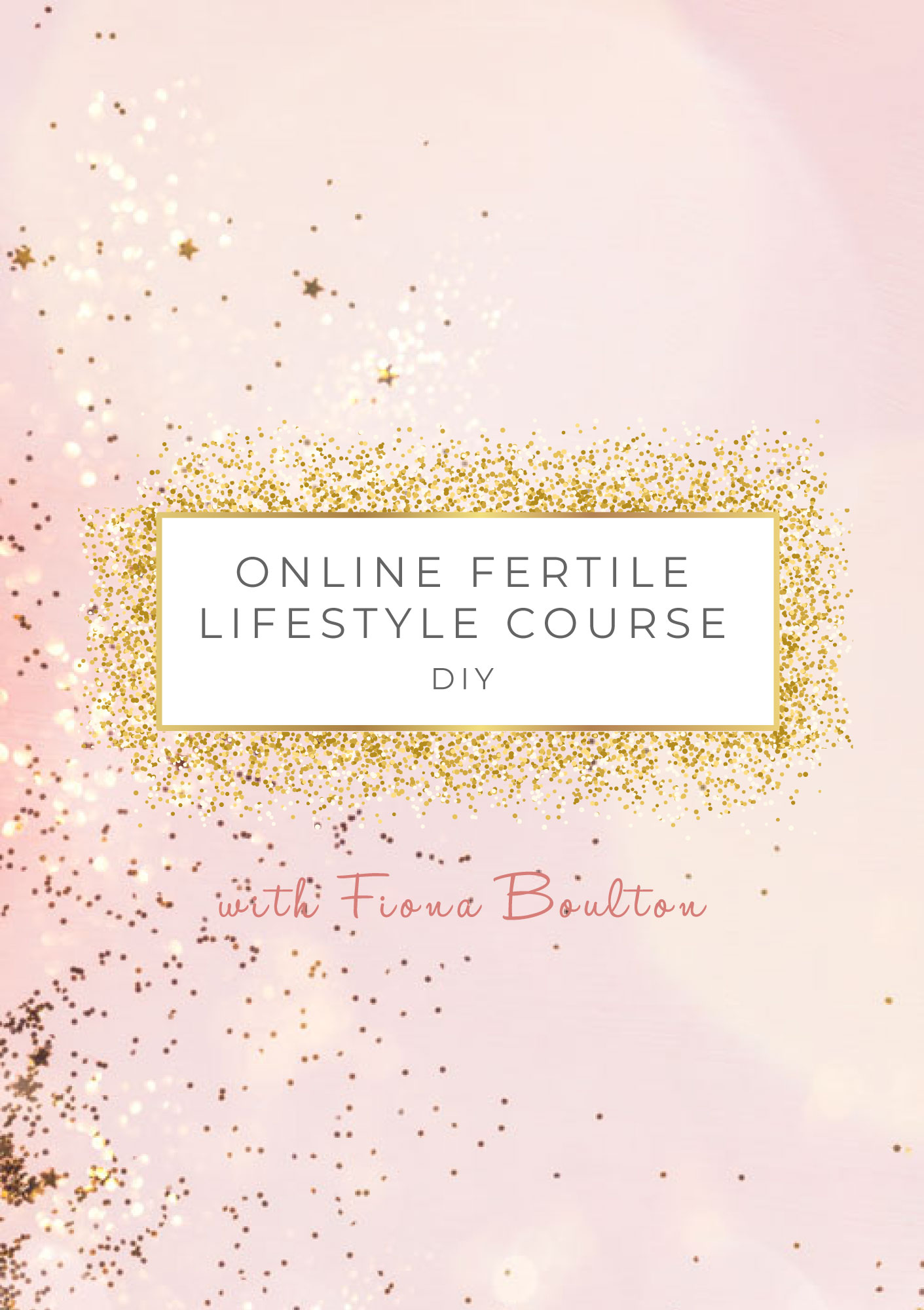 The world-famous Do-It-Yourself (DIY) digital access to the online fertile lifestyle course for only £1,999 (discounted by 20%). If part-payment is easier then £797 per month gives you 1/3 access to the course each month and guarantees to improve your fertility or your money back. That’s how confident we are that it works. 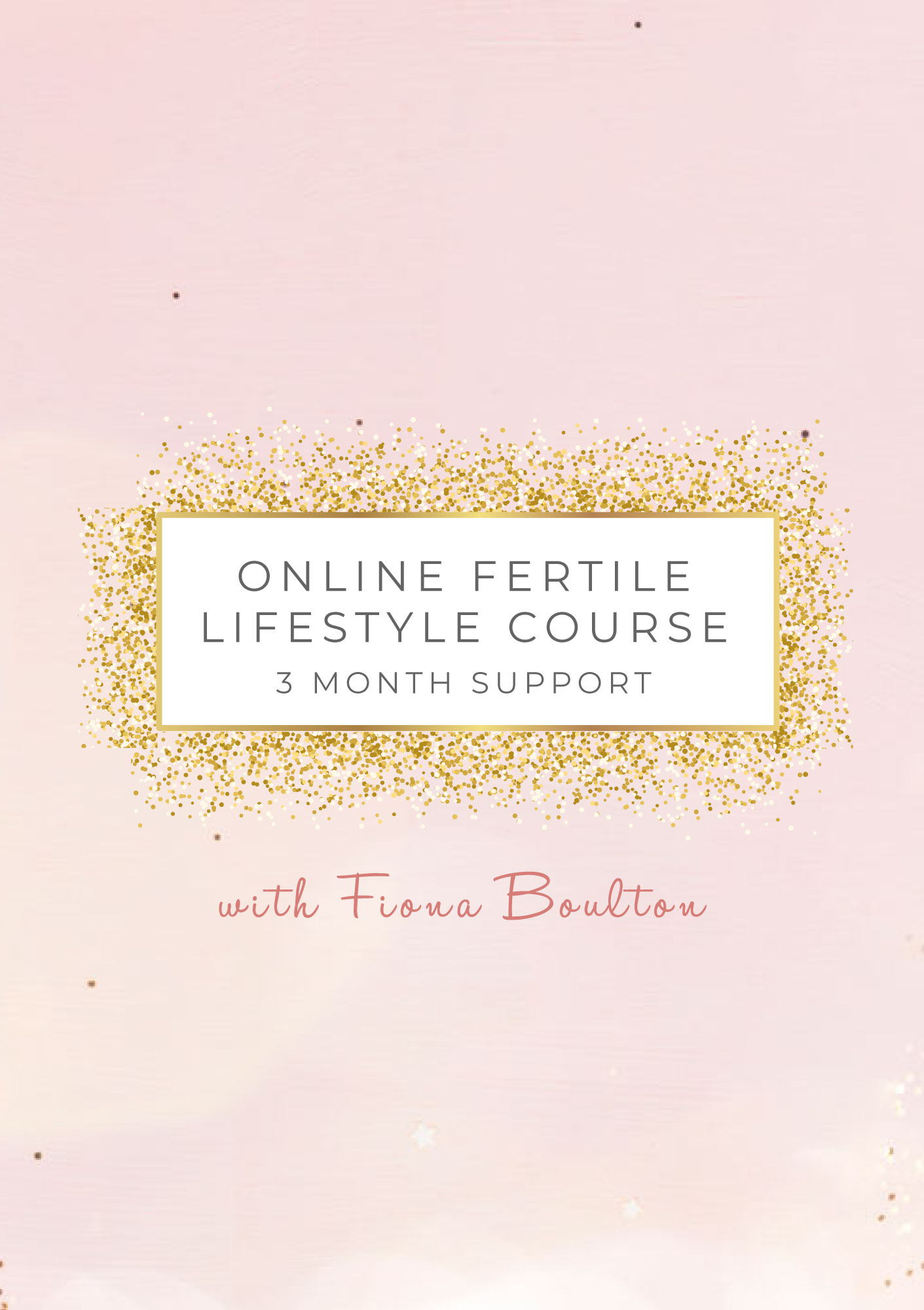 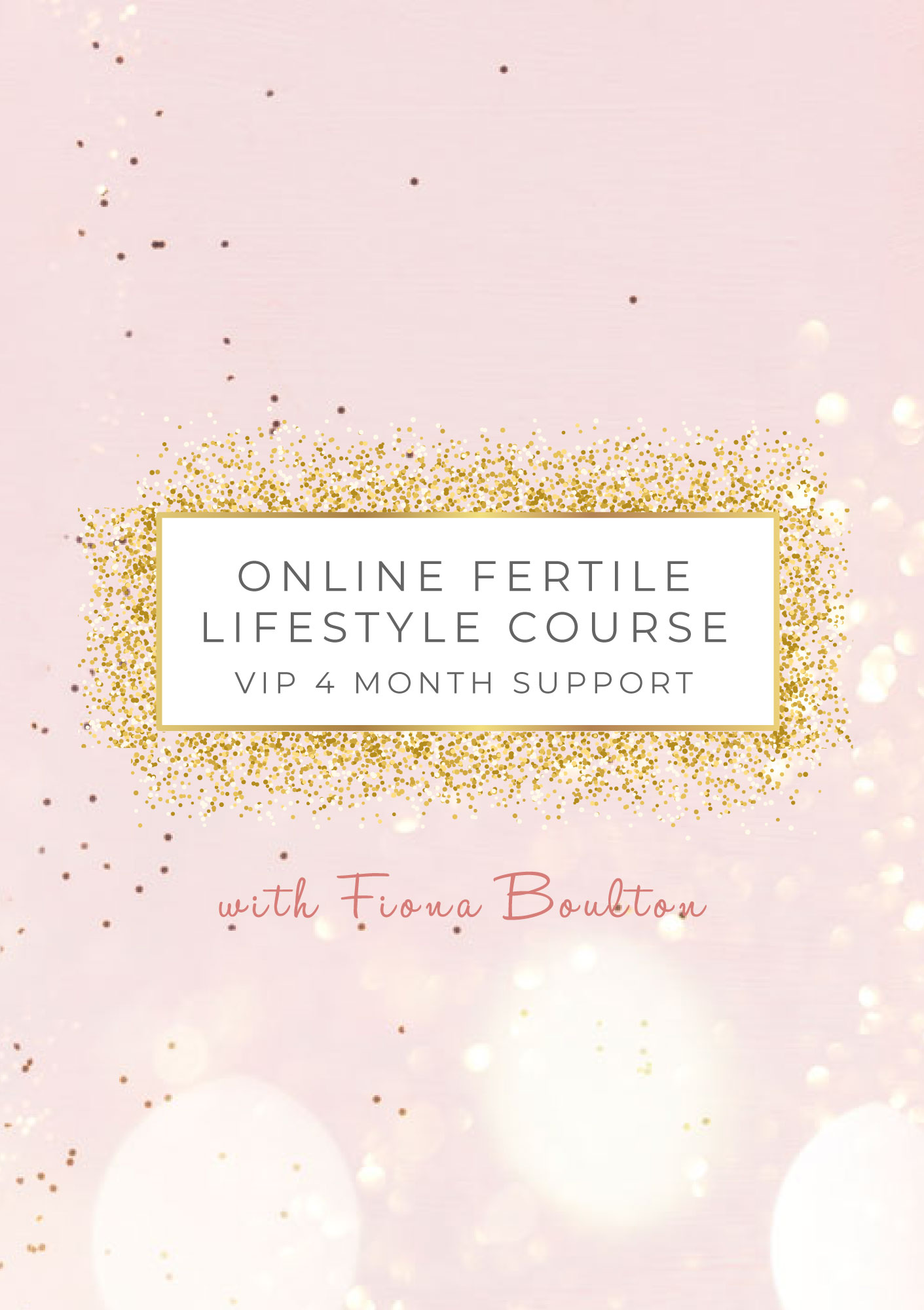 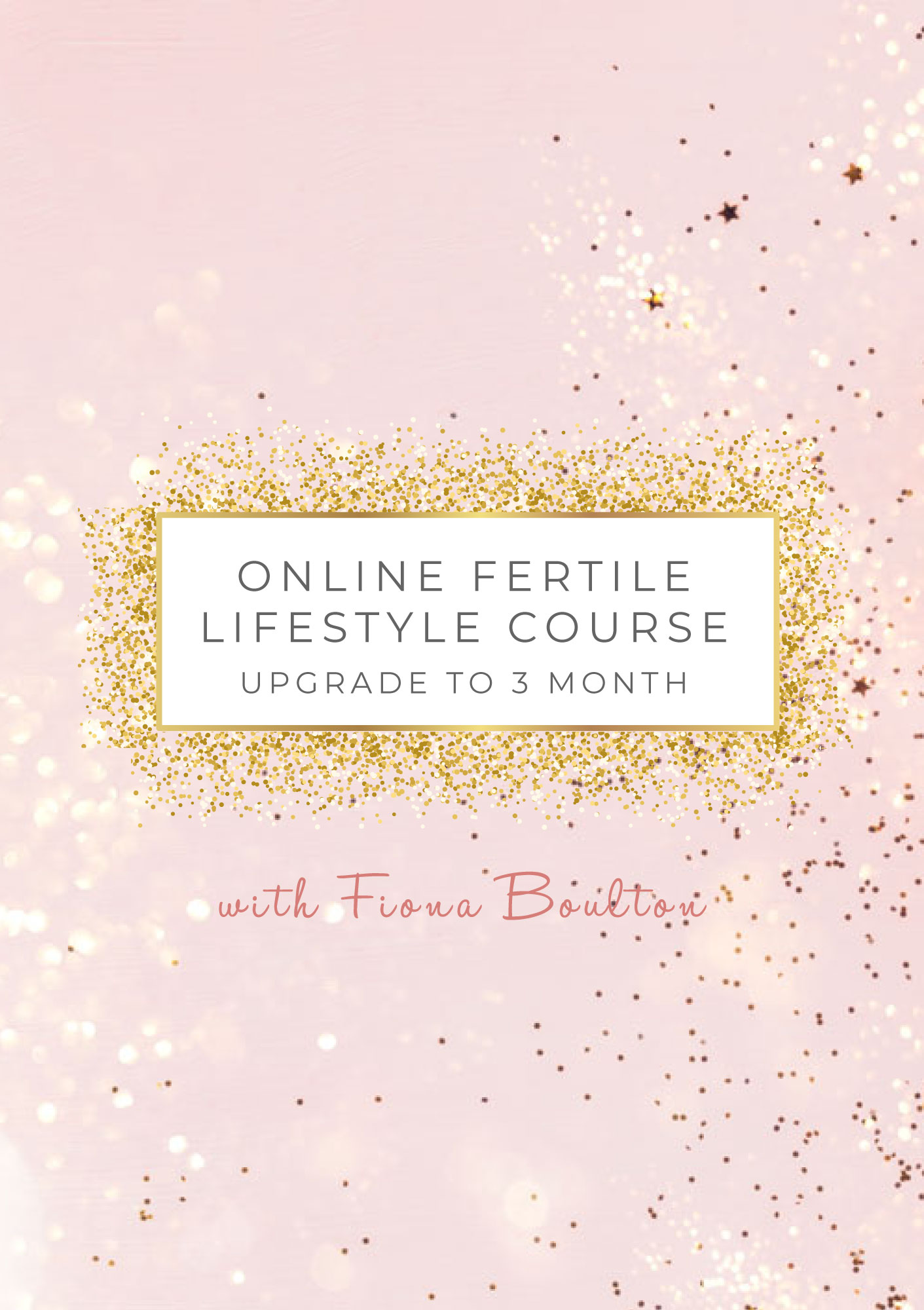 Upgrade to enjoy month-by-month instant support with Fiona Boulton via WhatsApp or Telegram. Replies can be instant or up to 4 hours Monday to Friday, 9am – 6pm GMT. A helpful way to manage your fertility, moods, wobbles and any confusion. Direct access to a fertility expert is priceless. 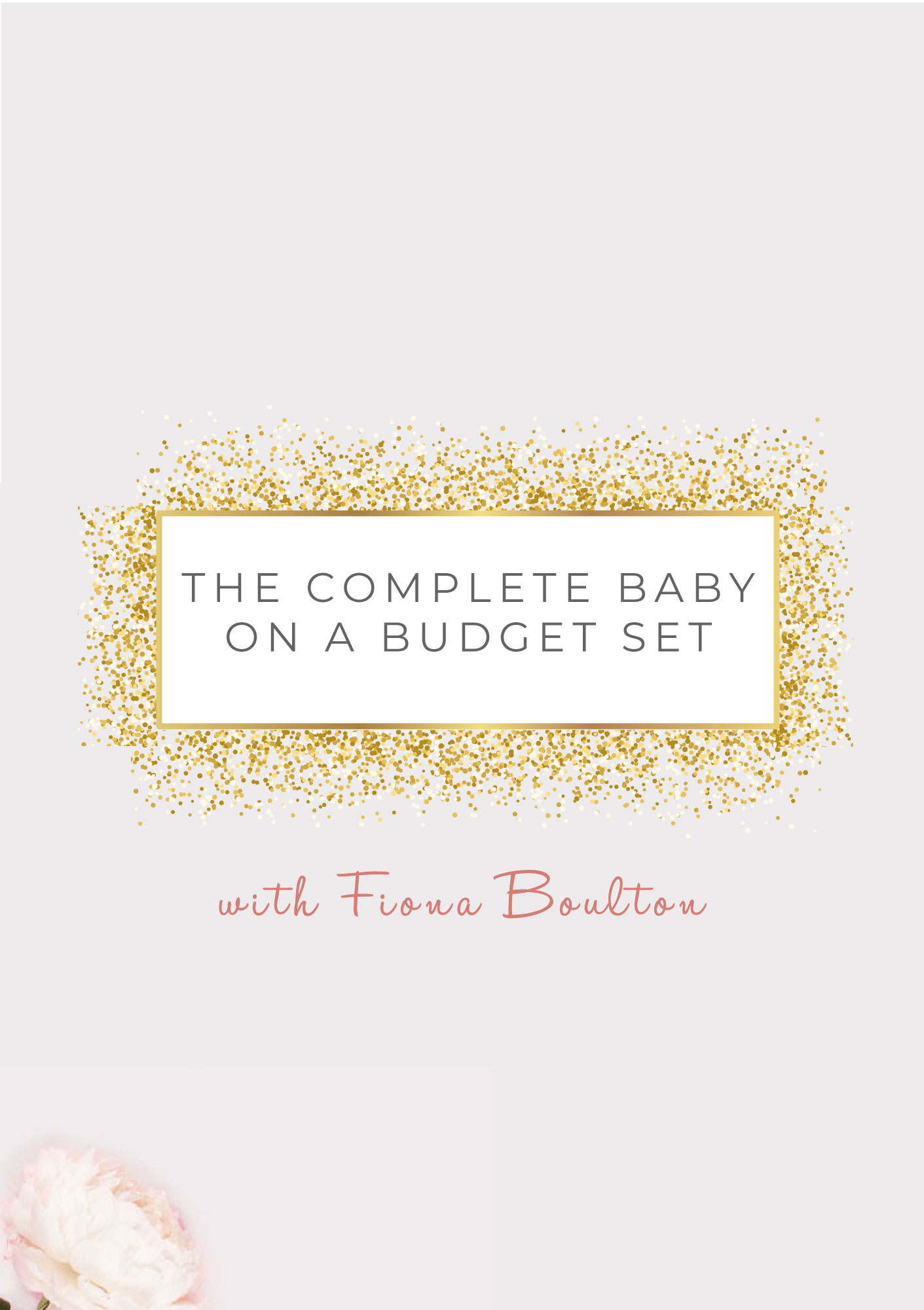 5 Interactive Options – The Complete Baby on a Budget Set

This set ensures you are one step closer to having your happy, healthy baby. Includes four interactive video series and a 10+ hour audio that teaches you things your doctor or IVF clinic have not told you, but you need to know for faster fertility success with Rainbow Warrior babies. You will learn how to master your mind and your emotions, and prepare you for pregnancy success.

This 3-part video series is one of the five elements of the Baby on a Budget Interactive set. Become Baby Ready is a 3-part video series of over 4 hours, plus a downloadable meditation to help you deepen your ability to work with, as well as master, emotions and your womb. 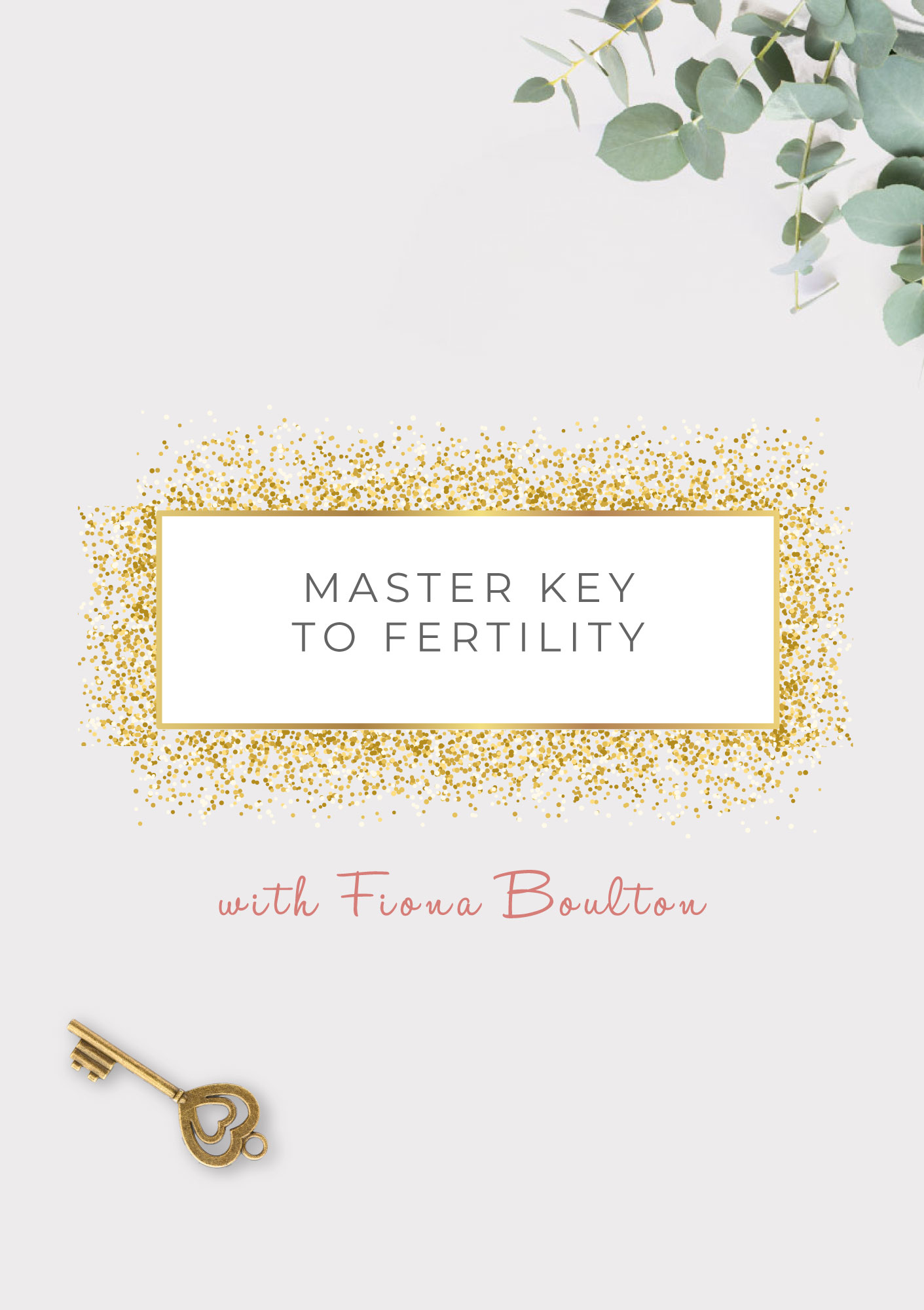 This 3-part video series is one of the five elements of the Baby on a Budget Interactive set. The Master Key to Fertility is beneficial to women and couples who want to comprehend the science of manifestation and commanding what you want (your deepest desires) and not what you don’t want (your fears). 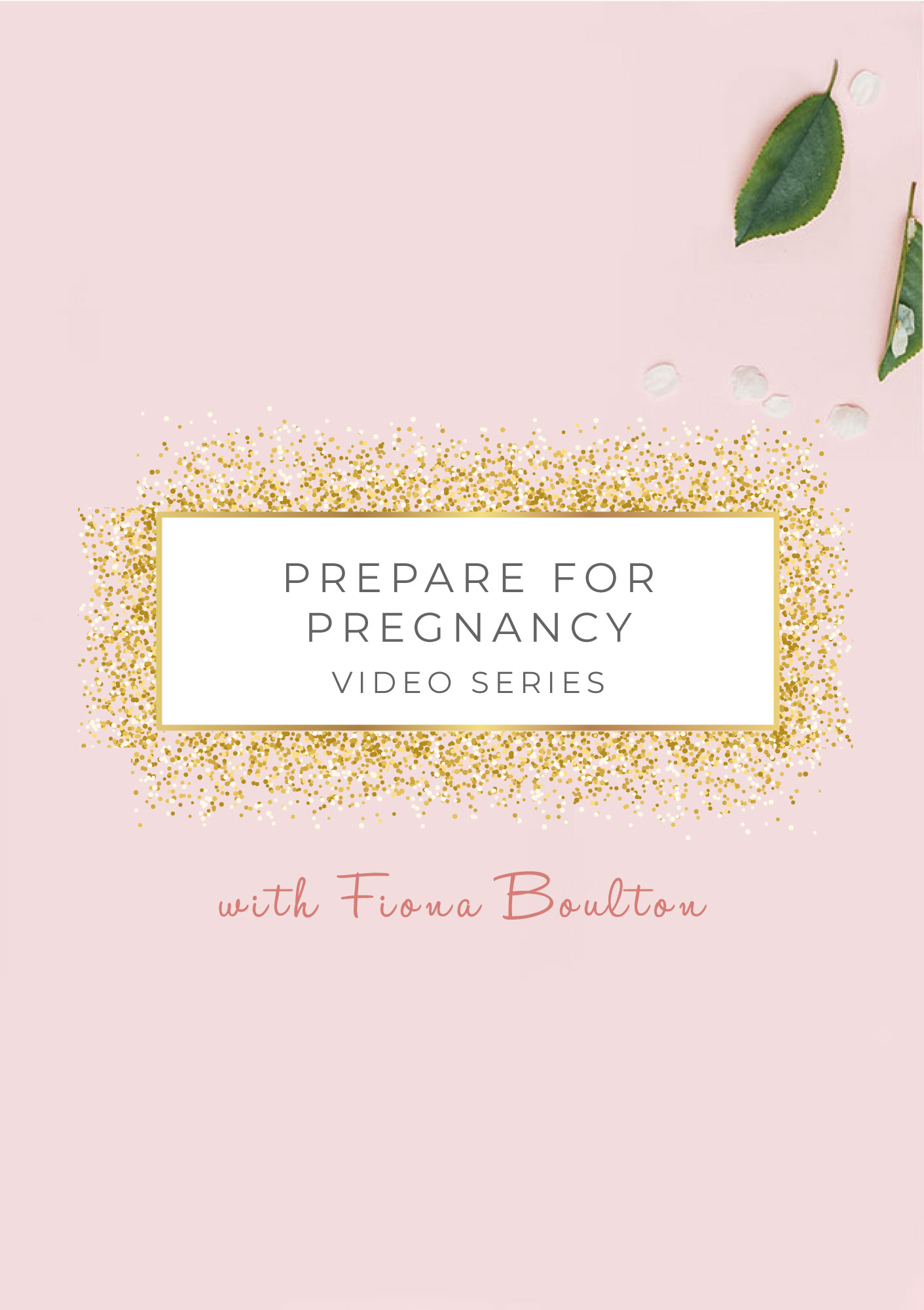 A transformational 10+ hour video series in the format of Q&A’s to prepare you for pregnancy. Hosted by Fiona Boulton, join women from all around the world as you discover more than you ever thought you needed to know to ensure you have your happy, healthy baby with ease and grace. 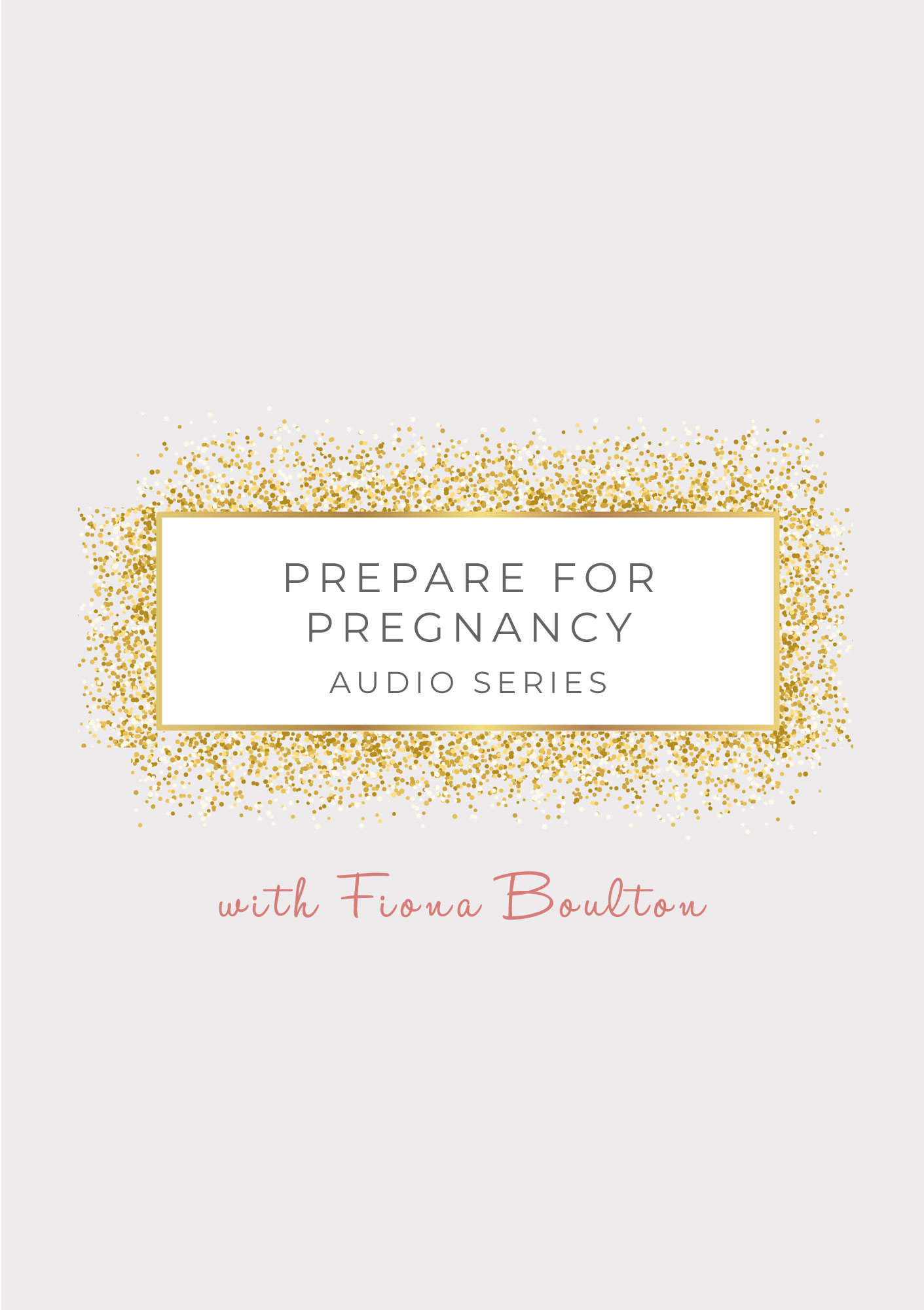 A powerful audio mp3 version of the Prepare for Pregnancy video series; ideal for you to listen to when driving, cleaning, etc. Providing more than 10 hours of valuable tips, tools and techniques that cover every aspect of you being able to enjoy your fertility journey and prepare for pregnancy success. 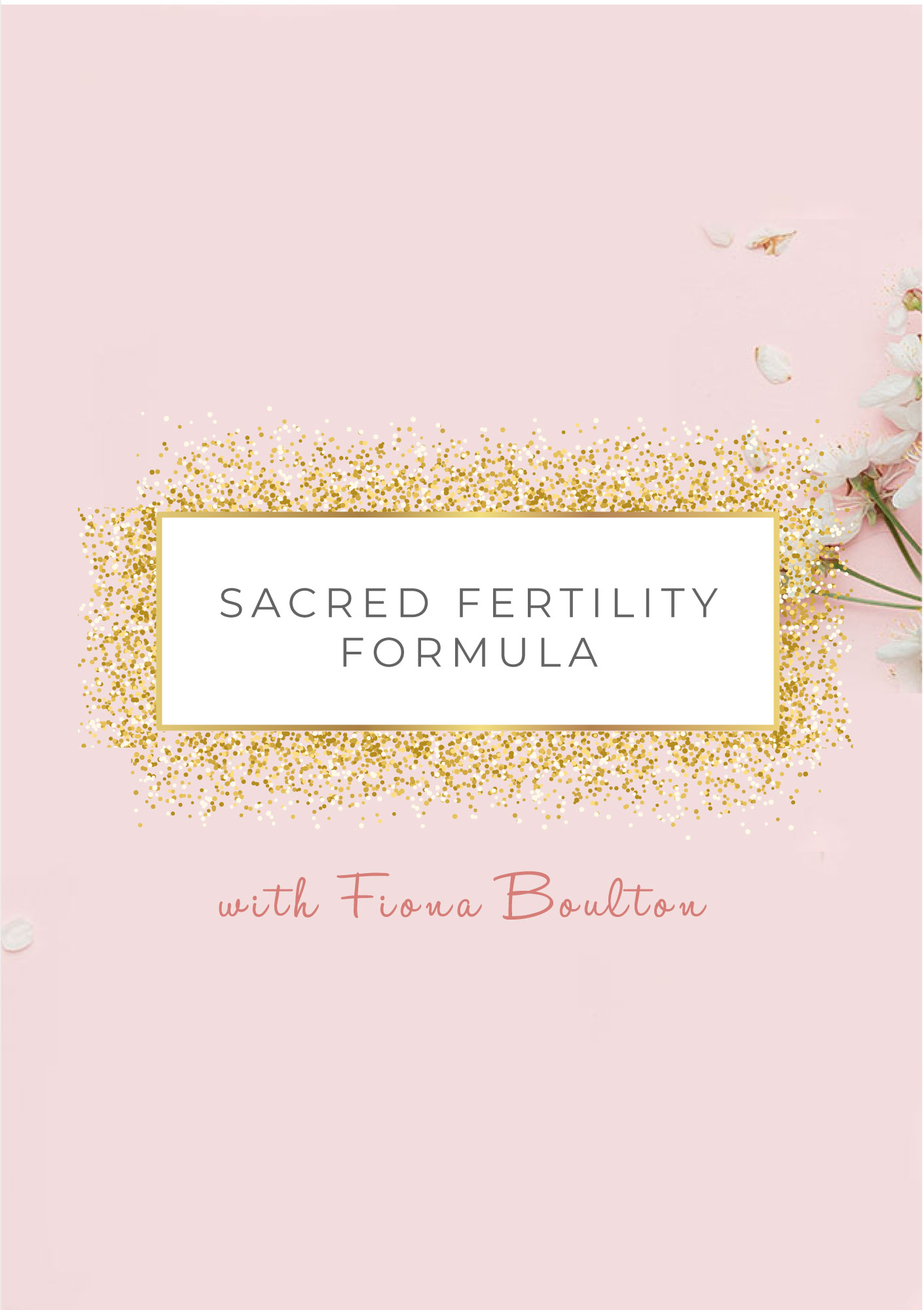 An enjoyable and informative mini-3-part-video series to help you improve your fertility by informing you which ‘healthy’ foods and vegetables are not helping your fertility, what the secret ingredient is for you to have your happy, healthy baby and how to reduce the chances of miscarriage.

You can find out more about which cookies we are using or switch them off in settings.

This website uses cookies so that we can provide you with the best user experience possible. Cookie information is stored in your browser and performs functions such as recognising you when you return to our website and helping our team to understand which sections of the website you find most interesting and useful.

Strictly Necessary Cookie should be enabled at all times so that we can save your preferences for cookie settings.

If you disable this cookie, we will not be able to save your preferences. This means that every time you visit this website you will need to enable or disable cookies again.